40 Statistics About Cyberbullying in 2021 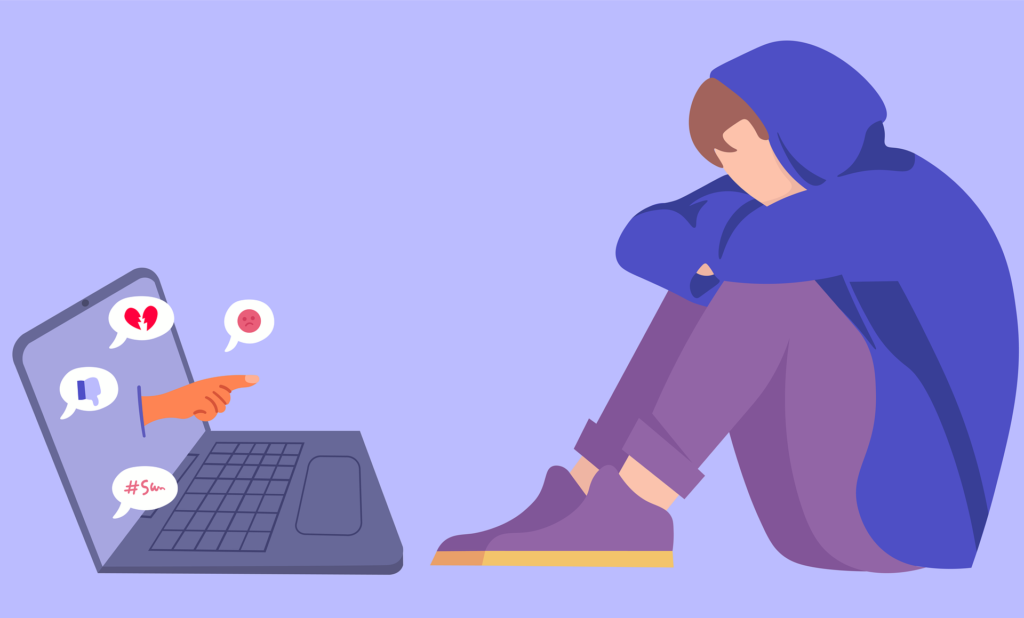 In 2020, schools across the globe closed for a good majority of the year in response to the spread of COVID-19. As a result, the Internet became a crucial tool for students’ online education, as well as for communicating with teachers and connecting with peers.

As schools reopened this year, most students were able to return to some degree of in-person learning. Unfortunately, the spike in screen time that occurred during the pandemic has yet to drop, as kids and teens have gotten in the habit of depending on digital devices. In fact, 70% of parents estimate that their kids average four hours a day of screen time, as compared to 60% of parents who estimated that their kids averaged three hours or less of screen time daily, prior to the pandemic.

This increase in screen time has been linked to a rise in cyberbullying, a form of bullying that transpires through smartphones, computers, and other digital devices. Cyberbullying includes posting offensive photos or information about another individual on social media, spreading lies or rumors publicly through live-streaming apps, group texts, and social media, as well as sending threatening or hurtful texts.

Acts of cyberbullying are intended to make the recipient or victim feel anxious, angry, depressed, embarrassed, scared, sad, or even suicidal. And the potential to send, share, and spread these images, videos, and text without ever physically facing the other person just makes cyberbullying even easier to perpetrate.

As described by Dr. Adam Pletter, clinical psychologist and founder of iparent101.com, this form of “cyberharassment is both public and permanent” which amplifies the upset. Dr. Pletter adds that cyberbullying also leaves a digital tattoo (a more fitting term than digital footprint), resulting in years of upset and often direct mental health implications.

According to Dr. Pletter, this lack of self-awareness is often linked with feeling overwhelmed by an emotion such as power/excitement, which interferes with empathic reasoning and self-perception. It’s especially difficult for children and adolescents, who have immature brain development, to think through their emotions and see their role in a cyberbullying scenario. This lack of awareness is common when power is experienced in the moment online and social cues through digital communication are limited (for example, the absence of an upset facial expression). The typical feedback loop of “What I just said/did clearly upset this person” is compromised and often absent in text-based communications. As a result, the cyberbully goes on with their day with limited awareness of the negative impact that they had on the victim.

“People often end up resorting to cyberbullying as a result of extreme trauma or stress in their own lives. They may struggle with responding well to trauma and cyberbullying is one of the more negative of the coping mechanisms,” explains Ali Goldstein, a LMFT who specializes in working with teenagers struggling with trauma, transitions, depression, anxiety, substance abuse, and anger management. “This gets in the way of them being able to develop insight and understanding into what they are doing to other people. The added piece of being detached from their target also emboldens the cyber bully, and there is no immediate seen or experienced interpersonal consequence when they launch their attack.”

“When someone is bullied they undergo a great deal of stress. One of the side effects of that kind of stress can be physical or somatic symptoms,” Ali Goldstein explains. “These present in a number of different ways like stomach aches, headaches, disturbed sleep, muscle pain, weight loss, and other physical ailments. This is a biological response to your body experiencing the stress it’s under. When the body believes that it’s in danger, it releases hormones that inspire the body to either fight, flee, or freeze in order to address the impending stressor. This kind of response can cause long-term distress for the victim of the cyberbullying and is often confusing as they rarely know why they are feeling this way.”

“Some platforms aren’t properly monitoring for bullying and child endangerment,” says Buxbaum. “Statistics show parents are not paying enough attention either, and they need to stay vigilant.”

Based on these statistics, it’s also clear that cyberbullying is a societal issue that is widespread and on the rise. It’s easy to see the negative effects of Instagram, for instance. The good news is that approximately two-thirds of tweens reported that they have attempted to help victims of cyberbullying, with 30% saying that they have tried to help on several occasions [Cyberbullying Research Center]. We can all take a cue from the next generation by making sure that we understand what cyberbullying is, where and why it occurs, how to help victims of cyberbullying, and how to prevent it in the first place.

The volume of content being shared online and on social media each day continues to increase and cyberbullies continue to find new ways to bypass technology that social media platforms and social networks put in place to prevent online bullying.

Although it’s not always easy to detect this harmful content, it is still possible to catch it. Our content moderation experts work behind the scenes 24/7 to filter profanity, the spread of destructive content, and instances of cyberbullying from children’s sites, online dating platforms, video game chats, and popular social media apps.

To combat different forms of cyberbullying, WebPurify uses a hybrid approach. We combine AI and live moderation to identify user-generated images and video that are high-risk, mitigating the spread of abusive content and decreasing cyberbullying incidents. By thinking like a bully, our live user generated content moderators are trained to look for nuances, and analyze images and text that are sarcastic or suspicious in tone to determine if cyberbullying is at play.

Furthermore, our proprietary AI-based offensive intent Smart Screen technology can be paired with profanity filtering for precise moderation based on phraseology and context in 7 categories, including flagging personal attacks, bullying, bigotry, and mental health issues.

Cyberbullying is a serious problem that can have a negative impact on anyone. In recognition of Stop Cyberbullying Day, it’s important that we all work together to put an end to online bullying for good.

Held on June 18th, Stop Cyberbullying Day is an annual event that brings together academics, brands, educators, governments, internet users, media outlets, nonprofits, and public figures worldwide to promote and celebrate an Internet that is truly diverse and inclusive. For more information on how to get involved and join others in taking on cyberbullying, check out www.stopcyberbullyingday.org.

To learn more about how parents can keep their kids safe from bullying when online, visit webpurify.com/15-ways-parents-can-help-prevent-cyberbullying. And consider making a family Internet contract, outlining different expectations for both you and your kids, and defining how you can work with your kids to handle any problems that arise.